A rare celestial event took take place this past Monday, December 21, 2020 is called “the Great Conjunction” and it comes just in time for Christmas. The orbits of Jupiter and Saturn put them so close together on December 21, 2020 and formed a “double planet” phenomenon in the sky. It marked “the first conjunction of the two planets,” forming what some are calling for several centuries “The Christmas star.”

That’s about 1/5 of the diameter of a full Moon. To the naked eye this will look like one big bright star.

We were lucky enough not to have cloudy skies on Monday, December 21, 2020 and the celestial event was visible almost all over the world.

The date is also the beginning of the winter solstice, “It was the closest Jupiter and Saturn have been since 1623 and it won’t even come that close again for another 500 years.”

“The Mayans predictions are now reorganizing and saying this could be the end of the world as we know it.” However, the claims are pure speculation and are not supported by any solid scientific evidence.

It dates back to the 5th century BCE and it is still in use in some Mayan communities today.

The Mayan Calendar has three separate corresponding calendars: The Long Count, the Tzolkin (divine calendar), and the Haab (civil calendar).

Each calendar is cyclical, meaning that a certain number of days must occur before a new cycle can begin.
The calendars are also used simultaneously. The Tzolkin and the Haab identify the days and every 52 years they connect and create a calendar round.

The Long Count date comes first, then the Tzolkin date, and last the Haab date. Mayans astronomers and priests believed that the universe was destroyed and then recreated at the beginning of each universal cycle.

“Monday – December 21, 2020, during the great conjunction when Jupiter and Saturn approach 0.1 degrees from each other; it will create the brightest star in the heavens since “the star of Bethlehem.”

Some people refer to this event as the formation of a “Christmas Star” or “Star of Bethlehem”, while others relate this cosmic event to the end of a cycle and the beginning of a new one in which humanity will face drastic social, political, economic, religious and philosophical changes.

The last time stargazers could observe this event was back in the Middle Ages on March 4, 1226.

The two planets also came closer together in the 1600s (17th century), but it was not visible from Earth.

One of the classic images of the Christmas holiday is that of three wise men or kings traveling to Bethlehem, over which hangs a brilliant star. The Star of Bethlehem has its roots in the opening verses of the Gospel of Matthew, which states: Now when Jesus was born in Bethlehem of Judaea in the days of Herod the king, behold, there came wise men from the east to Jerusalem, Saying, where is he that is born King of the Jews? Because we have seen his star in the east, and we have come to worship him.

While there isn’t a single event that stands out as a clear origin to the Star of Bethlehem, there are lots of options that “kind of” fit after the fact. This is even true of the Gospel of Matthew itself. Matthew was written around 80 AD, decades after the events it describes, so the astronomical event it mentions would have been interpreted long after the Crucifixion and the rise of Christianity. Even if the author of Matthew felt the Star of Bethlehem was accurate history and not pious fiction, we’ll likely never know the particular event they had in mind.

This rare cosmic event “the Great Conjunction of Jupiter and Saturn” it’s going to be on the first day of the winter solstice.” It will be the closest Jupiter and Saturn have been since 1623 and it won’t even come that closes again for another 500 years.

The possible cosmic and spiritual significance of December 21, 2020.
It is believed that on this important day a new portal will open, allowing powerful high-frequency light currents of electromagnetic energy to reach planet Earth.

The “Winter Solstice” is also the start of a new season depending on where in the world you live, and a new season always brings a transition of energy. We will be able to feel with greater ease strong connection with Mother Earth Elements.

The Great Conjunction represents the change of an era and a moment in which we change our way of seeing the world. The world and humanity collectively are going through many changes, and so too the way we choose to approach things. While the Great Conjunction occurs every two decades, the December 21, 2020 alignment opens the door for an even greater cosmic cycle.
Jupiter and Saturn will also be aligning at zero degrees of Aquarius. Zero represents infinite potential and holds the energy of limitless possibilities. We are moving out of the Age of Pisces into the Age of Aquarius. The Great Conjunction happening in Aquarius also further us to a new era of new concepts, new ideas and new social collective changes.
This powerful cosmic event open our minds to higher levels of consciousness and help us understand that there is no separation between us; We are all connected and we are an important particle of the collective consciousness of the cosmic matrix.

May you enjoy peace, harmony, good health, divine protection and a merry Christmas, and a prosperous, creative, productive and safe, and happy New Year 2021.

The Power of Harmony Organization, Health and Global Wellness Network.

I invite you to see the inspiring music video with Sophia Angelica singing a beautiful song with a very enlightening message for this Christmas season! 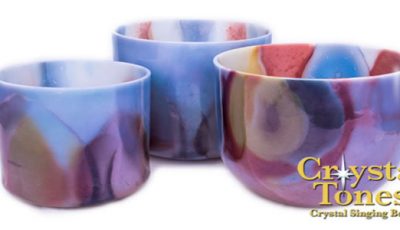 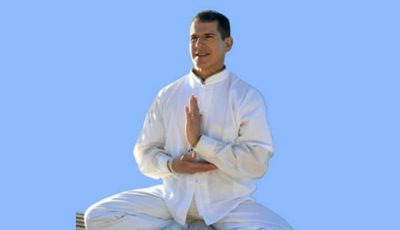 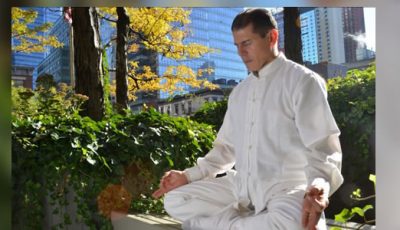