Once again, Bally’s Atlantic City was the place to be on Friday May 18, and Saturday May 19, 2018 for the Multiple District 16 New Jersey Lions 97th Annual State Convention. The festive weekend started with a service project where Lions from MD-16 conducted vision screenings in the Pleasantville N.J. school system. Lions screened over 200 students with a fail rate of approximately 25%. The national average is 12 to 15%.

An informal meet and greet with the International Director guest ID Ardie Klemish from Adair IA, and her partner in service PDG Ken, was at the Irish Pub. This has been a very popular pre-event over the past 3 years at our state conventions. Due to the inclement weather (rain) this was again held indoors, but this did not dampen the spirit and camaraderie of our Lions.

Registration was held in the exhibit hall where organizations supporting Lions humanitarian work were present to engage Lions in conversation about how their specific groups interact with the Lions to perform this service. Some of the organizations represented were Eversight, MD-16 N.J. LIONS 97TH ANNUAL STATE CONVENTION Camp Marcella, Camp Happiness, Blind Athletes of New Jersey, MAVIS, The N.J. Commission for the Blind, Housing and United Services, Lions Eye Research Foundation (LERF), Lion Eyeglass Recycling Center (LERC) and The Emmanuel Cancer Foundation. The first General Session was on Friday May 18, 2018 opening at 10:30AM. The Lions heard a brief welcoming address by International Director Ardie Klemish, who led us in a cheer for the Lions.

Two seminars were scheduled for this convention: Social Media for Lions and Membership and Retention roundtable discussion. Both attracted Lions who were interested in finding out more about these important subjects. Our Memorial Service honors those Lions who have passed away within the past year. Unfortunately, there were a total of 64 Lions who are no longer with us, including State Officials PID Gordon R. Post a director in 1985-1987, PDG Gilbert Lizardi, PDG William Douglas Reeder, PC Salvatore A. Velardi, Rev. Frederick S. Richardett, Jr., and Lion Phyllis Bosco, our long-serving State Office Administrative Assistant. The Hospitality Room, featured something new, Karaoke and live music. Lion Kevin Kosobucki provided the set-up assisted by Past Council Chair Winster Ceballos.

Council Chair Jack Romano provided live music with his guitar. This was a big hit with all our Lions and we will hopefully do this again next year. At each sub district meeting (Districts 16-N, J and L), the Second and First Vice District Governors were elected in their respective districts. The incoming District Governors will be officially elected and sworn in at the International Convention on July 3, 2018. The Strides Walk to Cure Diabetes was held inside the Bally’s Casino floor due to the rain. The Grand Ball to introduce our new Multiple District 16 officers took place on Saturday night May 19, 2018. This is a formal affair representing the first official appearance of the incoming Lions State Officers. I am certain that we will have a great Lionistic 2018-2019 under the leadership of our new Multiple District officers. 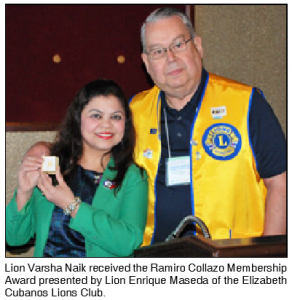 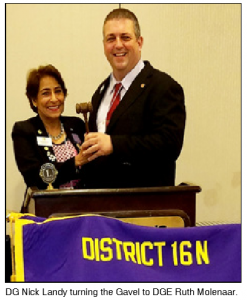 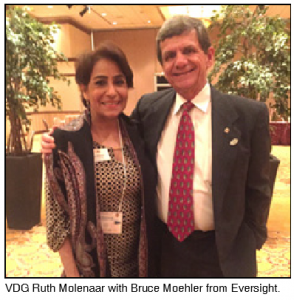 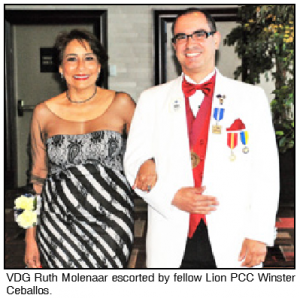 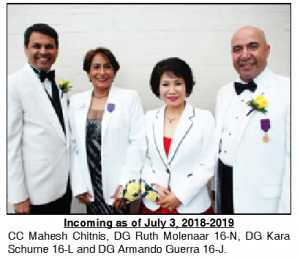 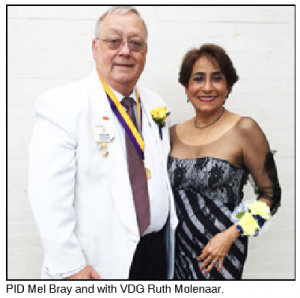 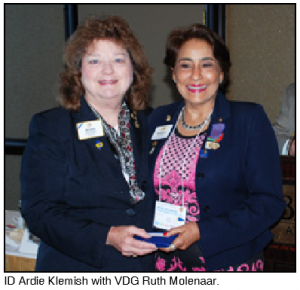 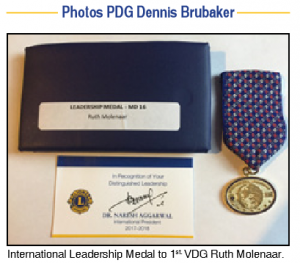 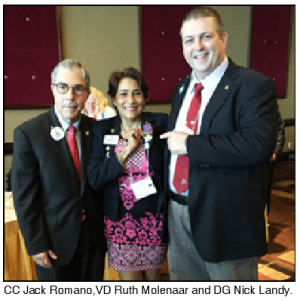