On November 7, 2022, my beloved brother, Oscar Miqueli, earned his wings to join departed family and friends in Heaven. I wanted to say farewell to him at his funeral, but I was despondent. Neither could I speak nor read a few words to thank family and friends who came to honor Oscar. Thus, I am writing this belated heartfelt eulogy to emphasize how much we love and miss him.
Oscar was 1½ years younger than I, and we practically grew up together, attending Academia Atenas in San Antonio de los Baños in Cuba and spending wonderful vacations at Baracoa Beach with our parents: Miguel and Estela; our brothers, Pepe, Migue, and Mario, and our loving cousin Emela. 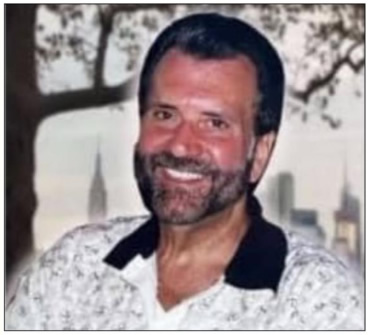 Oscar was brilliant, wise, loving, kind, wonderful … maybe a little stubborn. He adhered to the highest moral and ethical standards, and we all respected and admired his strong convictions and conservative principles. He was true blue.
He was a great swimmer and a good chess player. He came in 3rd place at a swimming competition in 1958 at Baracoa Beach and was awarded a junior chess player achievement. Raul Capablanca was one of the best Chess Masters of all time. He competed against Raul Capablanca’s son, who played simultaneously against 15 players. We both lost to Capablanca’s son, but we gave the Chess Master a good fight.

Oscar attended software and programming school in Havana, but his studies were interrupted because of the treasonous and rapacious Cuban Revolution. In December 1960, Oscar was 17 and the first of the Miqueli family to leave Cuba legally for the United States, seeking freedom. He settled in New York City and paved the way for us to live there in 1961. We are thankful for his efforts to help us to put down our roots in this beautiful country. Oscar and the Miqueli family are eternally grateful for the hospitality, warmth, and opportunity to live peacefully without fear, enjoying liberty and human rights.

The Miquelis have been lucky to marry wonderful spouses and create great families. Oscar met the love of his life, Gilda “Lilú” Septién, and married her in 1965 and was blessed with two jewels: Oscar Jr. and Gildy. To add exuberant fortune to their lives, they were blessed with four grandchildren and gifts from Heaven: Karley, Mario, Kaitlyn, and Brianna. It was rewarding to see them all expressing their love for Oscar. We admire and are eternally pleased and thankful to witness Lilu, Gildy, Oscar Jr., Mario, Karley, and other family members for their total dedication to caring for my brother. Their love and devotion are worthy of respect and admiration.

Oscar and Migue owned a jewelry store, Latin American, on Bergenline Avenue in West New York in 1983. Years later, the building next to the jewelry store caught fire and ruined several adjacent buildings and stores. One of the stores was Latin American that had to close. Then, Oscar joined Migue at Miqueli Jewelry. Both spent over 58 years together, side by side, working, raising kids, partying, celebrating, and remembering past times. Watching the anguish and sorrow of Lilú, Oscar Jr., Gildy, Karley, and the entire family was painful. It was difficult for Migue, his wife, Raquel, and the whole family to experience Oscar’s pain and suffering, but I can emphasize that we all know that Oscar is now resting in a better place.

Oscar never gave up and persisted until achieving his goals, such as the victory over the Mentally Ill Chemical Abusers (MICA) to change the community center of substance users to a different location away from residential homes and children. It took almost five years, but it was a well-deserved triumph for Oscar and Lilú.

Oscar, Lilú, and Migue took up painting. Their portraits and landscapes are unique and mesmerizing. Inspired by my short story, “Plucky, the Eagle,” Oscar painted Plucky, and the artwork is hanging in my living room and is the cover of one of my books, “Cuentos Convincentes.”

My brothers, Pepe, Migue, Oscar, and other founders of the Spanish Mercantile Federation, held executive positions for years. This organization has provided over 50 years of services for Union City and West New York by fundraising for the community, providing thousands of dollars in scholarships, offering merchants free advice on taxes and accounting, and other unique benefits. We are proud of their participation in helping improve the community.

Oscar, Migue, and I shared great traditions with wonderful friends, but one custom I would like to mention is the monthly luncheons of the “Chicos Malos.” That is, the Bad Boys, not because the members are malicious, but because the average age is 82 years, and we are also falling apart associated with aging and health problems. Why is it important? Because the group gathers to celebrate life, enjoy friendship, and discuss human rights.

My wife, Mara, and I visited New Jersey as often as possible to spend time with the family. We could see the faces and laughter of the Miqueli family, such as the Christmas Eve parties. Like all of us, Mara loved Oscar very much, and his passing was tragic for her. Mara always noted that the Miqueli family’s love, warmth, and affection surpassed other good families. I can assure you that the memories a family shares are treasures beyond value. Family and family memories transcend fame, power, and fortune.

We all know that Oscar kept a beautiful, full head of white hair until his dying day. Oscar had a nicely kept white beard, and his hair distinguished him from most of us. We must admit that his hair was the envy of many, including the Miqueli family, other relatives, and many friends.

It was comforting to witness the many who attended the funeral services. Some traveled from far, such as my son Alexander, María Elena Septién and her daughter – Patricia, Alfredito Septién, Jorge and Danny Perez, Tito Alvarez, Cristina Septién and her family, and Ricardito Martinez. Julita y Jorge Alfredo Septién attended the services and visited Oscar continuously for months. Friends from the Federation, including current and former presidents and officers, the Municipal Building employees, politicians, mayors, a congressman, clients, and others, including Los Chicos Malos, paid respect to Oscar. I was proud to see the family attending the services, including my son David and his wife Ashley, our grandchildren, our nephews (Michael, Peter, Danny, Tommy, and Frankie), and their spouses, sons, and daughters. The family and friends said: “Presente.”

Oscar’s efforts to communicate directly with love and affection have touched our lives. We remembered the warmth and tenderness of the gathering of the Miqueli and Septien families. Those memories will echo for eternity. Oscar has passed a loving legacy to his children, grandchildren, and future generations.

Oscar was generally the first one to comfort family and friends. His humanity inspired respect. He taught his son, daughter, and grandchildren how to admire and honor our loved ones that had passed. Oscar Jr., his wife Lynn, and Gildy and their immediate son and daughters paid their respects until the very end of the funeral services. I believe that Oscar planted his principles in them. Mother Theresa beautifully captured the principles taught to our children in the following meaningful poem:

As we mourn Oscar’s death, let’s not forget that we find eternal life with death. Before my brother Mario passed away, he gave me a prayer I would like to share with you. It is the beautiful and meaningful poem of Saint Francis de Assisi:

Our parents are gone now. While they passed away years ago, we still hear their voices and laughter. We remember them and smile and would hope that you remember us with a smile, as well. As Gildy mentioned at the luncheon after my brother’s passing, Oscar wanted us to remember him with a smile, not tears.

My father, Miguel, my mother, Estela, and my brothers, Oscar, Pepe, and Mario, are now in Heaven. Physically gone, but not forgotten. We love them and will always miss them. As Oscar requested, let us remember all of them with a smile. 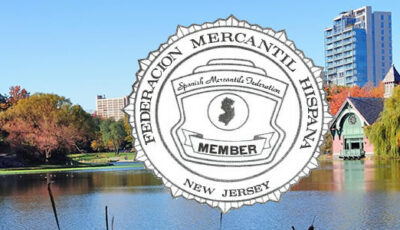 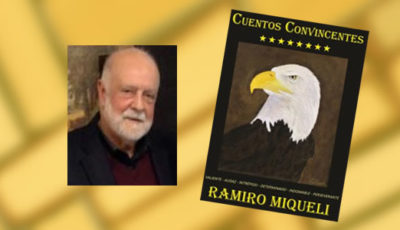