Jay Emmanuel an extraordinary pop Latino singer with incredible vocal range and control.  Jay Emmanuel was born in the Island of Puerto Rico where he was singing and performing since he was six years old.

As an adolescent Jay Emmanuel reached millions of Latin American viewers when he appeared as a pop singer on many TV shows and theaters in Puerto Rico, Dominic Republic, New York, New Jersey, Chicago, Miami, Philadelphia and South America.

Jay Emmanuel’s music interpretationns include soft rock ballads, Romantic boleros, up tempo dance and some tropical salsa music. He has also studied music at the Conservatory of Music of Puerto Rico and at the University of P.R. He also performed European music and Broadway show tunes.  Jay Emmanuel says, “I am creating something new with my pop background and my formal conservatory music background to project not only to Latin American audiences, but my goal is to merge into the American Market».  The plan is to reach audiences ranging from Latin America to the United States, Europe, China, Japan and Korea.

One of the CDs presented in his web-site has music ranging from pop rock ballads, dance music, tropical and romantic. The acoustic guitar, heard on some of the songs, gives the tunes a Spanish and Latin quality.  One song in particular features only acoustic guitar and voice, and has a Brazilian bossa nova feel.

He is presently working in a New Age Musical project Sound Track for “The Musical King David,” base on the bible story.  This new project has allowed Jay Emmanuel to show his amazing artistic style range from pop into “New Age Music.”  The music from “The Musical King David” has been composed by ones of the most successful Russian composers and choreography Mr. Yuly Zorov.  The music director and musical arrangements by Yuri Krylov. The musical arrangements, direction and sound track are being made in St. Petersburg Russia.  In this sound track Jay Emmanuel is singing in English and in Hebrew.

The producers are currently in the process of presenting this musical in Russia, Europe and eventually coming to Broadway, New York City.

He has performed many Rosita Peru’s TV show at Channel 47 and also a very successful live performance at the Hunts Point Multiservice Center for an audience of over 16,000 people in September 14, 1998 celebrating it thirtieth anniversary.  He performed in September 27, 1998 for “La Gran Fiesta Latina,”for an audience of about 15,000 thousand people at the Meadow Flushing Park, sponsored by Governor Pataki, for Spanish Heritage Month, which was covered by most of the TV networks.  He performed for the Association of Entertainment & Critics (ACE) at the Latin Quarter in Manhattan, N.Y.C.  He was also nominated as pop musical revelation of the year by the  A.C.E. in 1998.

He was a special guest pop artist and performed with the Pan American Symphony Orchestra at Merkin Concert Hall on February 17, 1999.  He was special guest pop artist for the “Multicultural Peace Oriented Show at the United Nations in 1999. The Institute of Culture of Puerto Rico in New York has given Jay Emmanuel in 1998 and 2000 the awards “Pop Singer of the Year.”  He has acted in TV commercials for Con Edison and Levi Strauss as well as doing performances at Beacon theatre, Town Hall and Symphony Space in New York.

Jay Emmanuel has been studying the power and effect that sound and music has in our lives.  He has been studying and experimenting for over 9 years about the direct link between different parts of the body and the effect of specific sounds. He believe that specific sounds, music and frequencies of vibration produced by the human voice as well as by some instruments can produce healing effects in the body, mind and the spirit.  He said that Healing through sound goes back as far as Atlantis where the power of sound was combined with the power of crystal.

He also mentioned that many ancient cultures recognize the importance of music and sound as a healing power.  The Priest from ancient Egypt, the Native American Hopi Indians, and the Tibetan Priest used vowel sounds to resonate their energy center of the body known as charkas in order to promote healing.  The main reason Jay Emmanuel speaks about his research is because he believes that the power of music and vibrations can bring healing and harmony to the people and to all the elements of Mother Earth Spirit in this planet.

Jay Emmanuel has great respect and admiration for Pythagoras of Samos (Greek Philosopher, Musician, Mathematician, and Musical Doctor) (560 – 480 B.C.) for his amazing definition about the Power of vibrations.  Jay Emmanuel is basing his research about the power of music, sounds and vibrations in many of Pythagoras’s principles. Pythagoras said that he knew the effects of vibration, sound and conceived the Universe as a vast musical instrument.  He called The Sacred Sound of the Universe, “The Music of the Spheres.”  Pythagoras said that through vibration comes motion, through motion comes color and through color come tone.  The Universe is founded and governed by laws of music.

Every word we speak, sound we make, either creates an harmonious Resonance within us and around us.  The sound touches every fiber of our being, balance us and tunes our energy and physical body.  Sound creates and sound arranges.  The human body is a living entity of vibrations and wavelengths.  Sound is a tool for transformation.  Sound can penetrate any substance, move molecules, and rearrange realities.  Sound is another way to carry information because is part of light.

“My concept about music is the following:  I believe that everything in the universe is energy and it is in constant vibrational state.  We are part of that universal energy.  Music is a way of expressing those higher dimensions… My goal is to, through my singing, music projects and research, connect to the higher dimensions of energy … and project it to people through my soul…and touch them and bring them a moment of happiness, love, peace and harmony.”  He goes on to say that, although the planet is beautiful, the world can be very negative and that people need to get out and experience something beautiful beyond the negative media and such. This philosophy is reflected in some of the lyrics of the songs Jay Emmanuel’s sing.  He also explains that he likes to sing lyrics about resolution, versus unresolved issues.  “Basically” I’ am trying to create a new style, which is the language of creative harmonious sounds and music in order to touch all cultures in the world.  Jay Emmanuel appears to be a rising new start bringing to the millennium a new light, new concepts and ideas for peace, harmony and healing consciousness through his powerful music and philosophy.

End of Year Campaign Kicks Off! 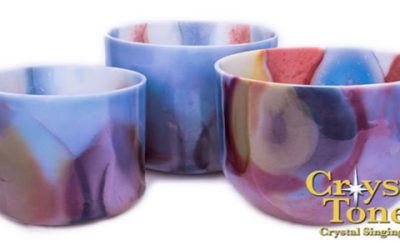 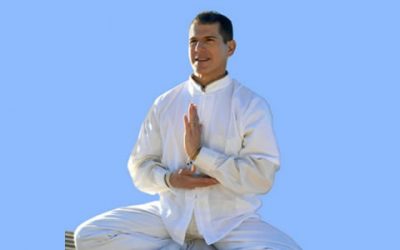 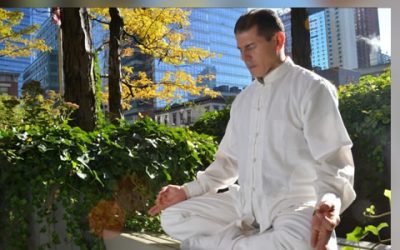